Robert Mueller is scheduled to testify in front of Congress this week. I just finished reading the Mueller Report a couple days ago. I started the report July 3, and continued through the 4th of July holiday weekend. As I read about an American presidential campaign having so many contacts with Russians, and Russians trying so hard to infiltrate the US in order to influence an American election, I thought solemnly to myself, Happy Birthday, America.

This is where we’ve come.

The polls show that most Americans haven’t read the report. Hopefully it’s because of lack of time – family, work, school, life – and not for a lack of interest because what’s in this report should concern us all.

According to the report, the Russians’ attack on the U.S through social media to sow discord on our democracy was “sweeping and systematic.” There were hundreds of thousands of fake accounts on Twitter and Facebook of Russians posing as Americans and smearing lies about Hillary Clinton.

I remember those lies. I got nowhere trying to convince a man I know that Hillary Clinton was not heading a child sex ring in a pizzeria in Washington, DC. But he believed the conspiracy theorists that told him there were tunnels trafficking children into the basement of the pizza parlor. Another man believed it too because he showed up with a gun demanding to see those tunnels. Luckily the owner was able to talk the delusional man down until the police came.

But there were more lies. So many lies. Social media was run amok with Russian bots spreading those lies, and Americans didn’t know the difference.

In 2000,  George W Bush’s debate prep book was stolen, and Al Gore received the book while he was preparing for a presidential debate with Bush. Gore and his team immediately turned the stolen materials over to the FBI. Yet not one peep from the Trump team to the FBI about the Russian interference. That should infuriate every person who calls themselves an American.

The report found collusion with Russia, but Mueller couldn’t determine conspiracy, mostly because those questioned had lied, or had communicated with each other through apps where texts disappeared, or they simply destroyed evidence.

I hope Mueller is very clear about this part because Donald Trump has falsely claimed too many times that there was no collusion.  I hope Mueller is blunt about every pointed question he is asked, especially those questions about obstruction. Trump obstructed justice on multiple occasions.

I laughed out loud as I read a part of the report where Donald Trump tried to get then-Attorney General Jeff Sessions to un-recuse himself from the Russia investigation and order the FBI to limit their scope to include only future elections. This made me laugh because I remembered as a child when I did something bad and got caught and knew I was going to be punished, I’d yell “Starting now! Okay? Starting now! You can punish me starting now.” I wanted a do over. I wanted my bad behavior from just minutes ago to be forgotten and only my future behavior be judged for punishment.

Donald Trump wanted a do-over too. It’s funny when children try to get away with bad behavior, but when it’s the President of America it’s abhorrent. 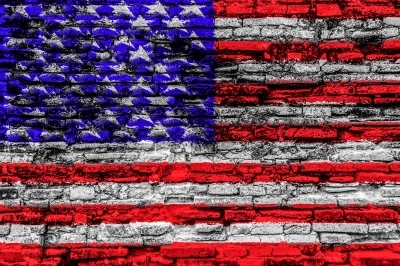