I hate PETA. I haven’t been shy about sharing my feelings about the group that claims to be fighting for the ethical treatment of animals. I base my judgement on a piece written by the president of People for the Ethical Treatment of Animals, Ingrid Newkirk, as well as an incident that occurred between PETA and a chihuahua named Maya.

In the article, (the link is posted at the bottom of post) Newkirk writes about her support for policies in some shelters across the country to kill “pit bull” type of dogs the moment they walk through the door. There is no getting to know the dog. No temperament testing. Nothing. I don’t believe PETA will even scan for a microchip to find an owner, who may be frantically looking for their lost baby, because PETA doesn’t believe this breed should be pets. They only believe this breed should be dead.

This action doesn’t seem very ethical to me. Newkirk argues that she is doing the dogs a favor by killing them because pit bulls are the most abused breed. She may be right about that. Pit bulls have been, and still are, used in dog fighting. But because pit bulls have been so abused should make people want to take them in and show them love for what could be the first time in their doggie life.

I have a pit mix so stories like these are personal to me. No one can tell me pit bulls can’t make great dogs. I live with one, and the shelter I volunteer at makes sure to take in a set amount of bully breeds, as well as special needs dogs. There are currently five pit bull mixes in my shelter that houses twenty dogs.

Those pits will get all the time they need to get adopted. One pit has been thee for six months and the other, eight months. They are terrific dogs that love people, but the stigma that is attached to this breed seems to keep people away. Luckily, my shelter is no–kill so those dogs don’t have to worry about time.

But that isn’t the case in most shelters. These dogs have a time-clock on them and people like Newkirk aren’t helping their case at all. There is nothing ethical about an animal rights group supporting the killing of an animal just because of the way it looks.

No surprise that PETA also supports Breed Specific Legislation, which can ban certain breeds from cities and apartments and homeowner’s associations. PETA is working for legislation that will ban pit bulls everywhere. They truly want this breed dead.

I hope people will stop donating to this awful group so that one day PETA will be dead. No more. Gone. We don’t need them.

If you want to help animals, donate to your local shelter. They need the money more and are most likely saving more animals than PETA. It seems PETA kills more than just pit bulls. According to The Center for Consumer Freedom, PETA killed 72% of dogs and cats that came through to their shelter in Virginia. Per this article, that is 16.3 times higher than other shelters in the state.

Reputable animal groups usually do their best to keep their kill rate as low as it can be. Not PETA. The group recently paid a family $49,000 for killing its Chihuahua, Maya. You can watch the video on YouTube of PETA workers luring the tiny dog into its van and records show that PETA killed the dog five hours later. PETA was so excited and anxious to kill that dog, they didn’t even wait the mandatory five day stray hold.

It is sick that a supposed animal rights group loves to kill animals so much, but they do. I was horrified when I saw PETA’s white vans enter Texas for the hurricane. Those dogs had a better chance against Harvey than they did against PETA. Rest in Peace, sweet babies.

Let’s work to put an end to this sick group. 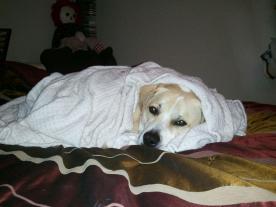 My Phil, enjoying cuddle time. He deserves to live. All those dogs that PETA kills do. 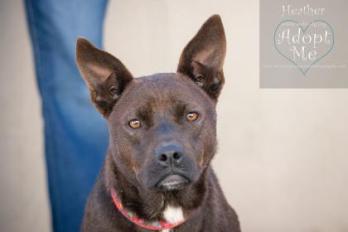 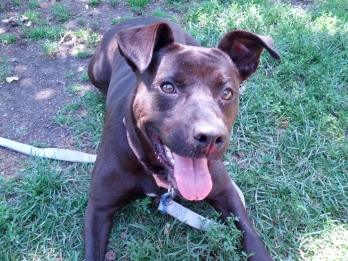 Just a few pit bulls that were lucky to have come through my shelter, and not PETA, who have been adopted. Beautiful babies.