Two weeks ago I was given news I had spent years asking the universe for. Sevvy, a dog that had lived over two years at the shelter I volunteer at, was finally adopted. We’ve had some teases before of pending adoptions that never went through, but finally it seems that Sevvy has found her home.

Sevvy is a five-year old pit-bull mix who had been adopted from the shelter as a puppy, but brought back, adopted out again, and then returned again when she became possessive of her toys with the children in the house.

Finally, after two long years, Sevvy has found a home, and I hope she never steps foot in the shelter again. As much I love and miss her, I hope to never see her face again, except through a chance meeting at a park somewhere. It would be wonderful to run into Sevvy and see her enjoying life on the “outside.”

There are so many loving animals in shelters all over the country like Sevvy who are great dogs, but have been let down by humans. I don’t know if the couple who rescued Sevvy really understand the importance of what they did. Sevvy was taking anti-anxiety medication because life in a shelter is chaotic and loud and unsettling. Sevvy was showing signs of distress that only medication could help. Hopefully Sevvy doesn’t have to take anti-anxiety medications anymore.

If you’re looking for a pet, please visit your local animal shelter or animal control facilities. There may be an anxiety-ridden dog there like Sevvy who desperately wants to get off her meds. 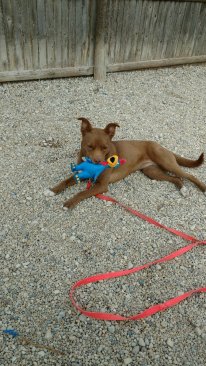 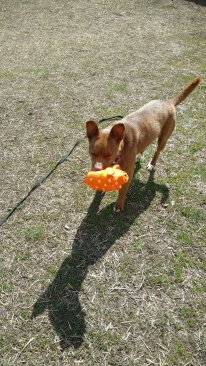 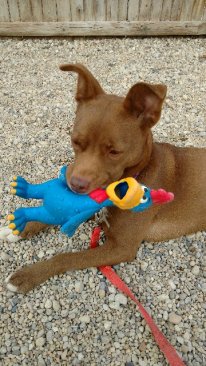 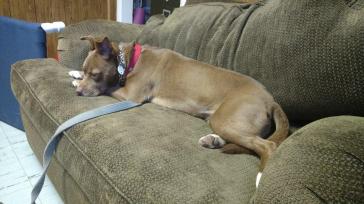 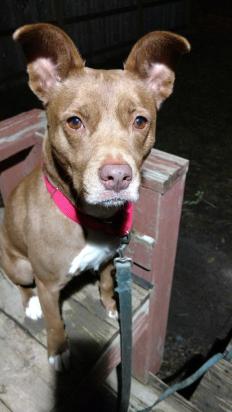 2 thoughts on “Adopt a Rescue Dog”