I can always tell when I’ve dove head first into writing a current book — I forget all about my blog. Even though one of my New Year’s resolutions was to write two blogs a week. Not an unreachable goal. When I set that target, I wasn’t trying to set myself up for failure. It was meant to be easily attainable, yet, here I am. Three weeks since my last blog. I’d ask for a raise of hands from all those who have missed me, but one should never set themselves up for disappointment. Haha.

The writing schedule I have set for myself for the year, is moving along nicely. I have finished the first book of a series I was working on at the start of the year. A novella about friendship and betrayal.

I’ve switched to a story I started writing in college. It was a short story set in the 1950’s about a girl who lives with her aunt and her abusive uncle. I’ve revised the book, Annabel, from a short story into a now 62,000 word novel. Lots of revision is needed, but I’m excited about writing this piece. It’s a break from the lesbian-themed stories I’ve been writing, as this story has no gay characters.

At least, not yet. A writer sometimes doesn’t know where her story will take her. I love that about writing.

I’ve tossed in the writing towel for tonight.  My pit bull snores softly beside me on the bed. He’s always right beside me. My loyal sidekick.

Today was Adopt a Shelter Pet Day. I rescued Phil from animal control, a kill shelter. He’s an amazingly sweet dog who definitely deserved to live, like so many dogs, especially pit bulls, who have been killed because homes weren’t found in time. I have become an annoying preacher to my friends against buying dogs from breeders and pet stores, as thousands of loving animals die every day in shelters. I don’t care. I’ll deal with their rolling eyes, and if I’m unfollowed on Facebook because of posts also preaching about adopting over shopping, I’ll survive just fine.

The statistic is that only 1 of every 600 pit bulls will make it out of a shelter alive. Over a million will be euthanized by the end of this year. Pit bulls are the most bred breed of dog. They are also the highest to be euthanized. If you breed a pit bull, you are nothing but an asshole. Period.

My plea to anyone who will listen is to not only adopt their next pet, but adopt a pittie. Pit bulls are great dogs. They don’t deserve to die in crowded shelters. 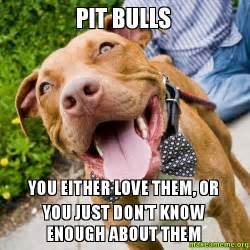 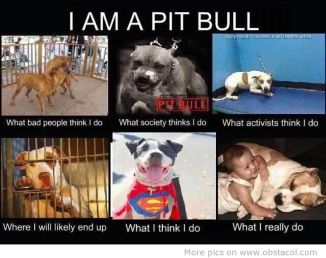