When I adopted my dog, Phil, almost five years ago, I didn’t have a specific breed in mind during my search, (although I’ve always had an affinity for Labradors, all labs, Black, Chocolate, and Yellow). So, it was no surprise when I went scouring the Internet for shelter dogs, and my eyes fell upon a beautiful yellow lab mix, that I was instantly smitten and knew he was meant to be my baby.

Phil being part pit-bull didn’t deter me from adopting him, but it also didn’t play a role in my choosing him, either. I wasn’t making a stance of any kind. It wasn’t a conscious decision to rescue him because of his breed. I wasn’t aware most pit-bulls never make it out of shelters alive.

I didn’t know, at the time, that pit-bulls were the most euthanized dogs in the country. I didn’t know much about pit-bulls, apart from what I had heard in the news every now and then. But surely one can not reasonably judge an entire breed over the actions of only a few. (And the actions of those few were without a doubt instigated by neglectful and abusive human beings.)

But I was wrong.

I was ignorant at the time of the very real, and very strong prejudice against pit-bulls. I didn’t know, the day I took Phil home with me, the powerful stigma attached to this wonderfully loving dog.

According to a 2012 article by Save a Life Harbor Animal Shelter, in Los Angeles alone, two hundred pit-bulls are killed each day. ASPCA estimates that 3.9 million dogs (all breed of dogs) end up in U.S shelters every year, with only 35% of those getting adopted, and 31% being euthanized.

Latest data from ANIMAL PEOPLE shows that pit-bulls make up 60% of dogs euthanized every year. Easily over a million adoptable pit-bulls are killed each year because of ignorance, prejudices, insurance refusal to cover pit-bulls, and discriminatory bans on the breed.

This is a horrible shame.

All that I didn’t know about the unfair treatment toward pit-bulls, before I adopted Phil, that I know now, has made me a huge advocate for pit-bulls. I fight for this breed because I have to. I wasn’t looking for this job, and I didn’t ask for it, but I’ve turned out to be pretty damn good at it. 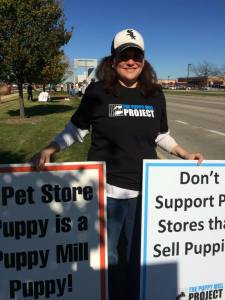 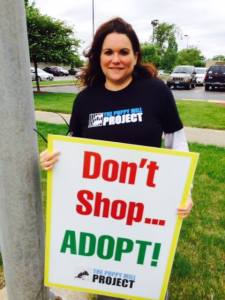 *On a side note, ASPCA estimates that 70-80 million dogs are pets in the United States. That’s beyond the amount that could give EVERY single shelter dog a home, as well as the millions of strays in other countries. So much money is spent caring for animals in shelters. If America would only open their homes to all the homeless dogs here, then shelters can spend their resources on flying abused and hungry strays in from other countries, because the numbers show we have enough homes for them, too.

3 thoughts on “Save Two Lives. Adopt a Shelter Dog.”