It was cold last night in Chicago. Real cold. Factor in the wind chill and the temperature fell to a brutal degree that no living being could ever survive, at least not without every inch of their flesh covered under thick layers of heavy clothing. But even that probably wouldn’t have been enough to take the chill away.

Last night was the kind of night you go to bed, pull the covers up to your chin, and say a prayer for anyone who has no other place to sleep but on the streets.

I follow a Rescue group on Facebook and on my newsfeed was a post about a woman who had found a dog, all by itself, while waiting for a bus. The dog wouldn’t leave her side, but she couldn’t take him on the bus with her. So she called a friend. Explained everything. And that friend took to Facebook. She gave the intersecting streets where the dog currently was, somewhere in Bridgeport, and an immediate outpour of responses flooded the thread.

My eyes were glued to my computer screen while I frantically read comments asking for confirmation the dog was still at said location, another stating that a woman was on her way, another, from the original poster, urging swift action because even though the dog seemed attached to the woman at the bus station, the woman still needed to keep a secure grip on the dog, and because the dog had no collar, this wasn’t an easy task with a sixty-plus pound dog. The dog was scared. And scared dogs usually run.

I read the thread as though it were a captivating suspense novel, and I was gripping at the cusp of anxious uncertainty of how this would end…….

I held my dog a little tighter that night as I imagined him wandering those same lonely and cold streets, terrified. And I silently prayed that if I should ever lose him, someone would come to his rescue the way those “angels” on Facebook did for this sweetheart found last night.

This scared baby has been reunited with his family. Humanity at its best. 🙂

2 thoughts on “Lost and Scared” 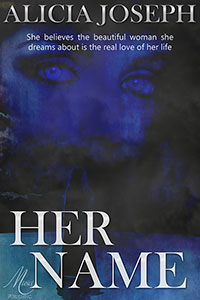