In 48 hours, 110 people, mostly women and children, have died in Somalia due to starvation caused by a drought. Over six million people, more than half the country’s population, are vulnerable to dying of starvation and diseases caused by drinking contaminated water, whatever water they can find.

People dying of hunger is hard to comprehend in 2017, when in America, I can’t drive two miles without passing a fleet of fast food joints, pizza places, Chinese restaurants, hot dog stands, and convenient stores with their quick and cheap meal deals.

No one in the year 2017 should die of hunger or thirst. In every grocery store, aisles are dedicated to bottled water, a multi-billion dollar industry. We seem to have food and water in abundance every where we go, yet the state of California just got over a major drought of their own. Even though I don’t live in the state, I was worried about the consequences of a dry California.

I worry because I know the way we are living and eating as a country is not sustainable. We waste too much. We eat too much meat, which takes up too much land and uses too much water, and our water is being contaminated with farm animals’ waste that spills into our rivers and lakes and streams.

It worries me how much agriculture is ruining our planet. When the Governor of California, Jerry Brown, was asked during his state’s drought what people should do he told them to eat a veggie burger because he knew the absurd amount of water it takes to produce beef. Approximately 660 gallons of water is needed to produce a 1/3 hamburger and 1,799 gallons of water per pound of beef. (National Geographic)

You can shorten all the showers you want, wash dishes as fast as you can, and make sure you’re filling the washing machine with as many clothes as possible, but if you end the day by knocking back a couple burgers, your water conservation attempts don’t really add up to much.

The drought that is killing the Somalian people was “induced by two consecutive seasons of poor rainfall…inadequate rainfall and lack of water has wiped out crops and killed livestock, while communities are being forced to sell their assets, and borrow food and money to survive.” (CNN)

If the Californian drought should have taught us anything it’s that water can not be taken for granted. We need to try to live more sustainable lives. I fear one day our lives may depend on it. What is really stopping what’s happening in Somalia from happening here?

What if an entire region of the U.S. suffers a California-like drought? What effect would that have on the rest of the country?

I’m not saying these worries keep me up at night, but I do think about it enough to change the way I eat, being mindful of my carbon footprint. You don’t have to be a vegetarian or a fancy vegan to make a positive change for the environment. You can be a reducetarian. (Yes, that’s a real thing.)

If you would like to help the Somalian people, you can donate to the American Red Cross, as well as other organizations working to deliver clean water to the region. 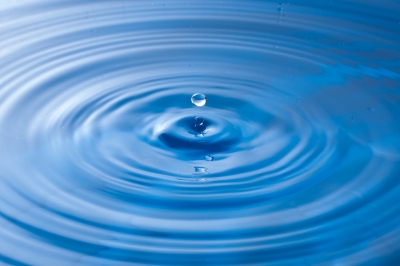