In my quest to decrease my carbon footprint as much as possible, at the start of this month I committed to not consume any bottled water.  I have a Pur filter connected to my faucet and use that as the source of all my water. It was very easy. When I was on-the -go I simply filled a reusable water bottle, and when I was home I drank from a glass– no plastic or Styrofoam cups.  Everything I used–dishes, cups, utensils–were reusable…..except when I went to a White Sox game.

This was the only time I failed in my quest. I wasn’t sure what to do because any drink I ordered would have been served in plastic, and I would have only ordered water since I rarely drink pop. I refuse to pay 5 or 6 dollars for an Aquafina (which has been confirmed to be just purified tap water, so buy a filter and purify your own tap water). Because of this ridiculous price, I regularly bring a small cooler of water bottles to games.

I brought a cooler when I went to the game and drank two bottles of water. It didn’t occur to me until later that I could have only drank one bottle and refilled it with water from the faucet. Ah well, next time. But two bottles of water for the month isn’t too bad. I know the month isn’t over, but I don’t intend for it to go any higher. It’s not the zero I had aimed for, but it’s a start.

My obsession with eliminating as much plastic from my daily life doesn’t stop at bottles, I also hate plastic bags and it infuriates me when I’m shopping and see carts pull away from checkouts filled with plastic bags. Reusable bags, people!

I was shopping at TJ Maxx a couple weeks ago and when I was called to the cashier I placed my reusable bag and items on the counter. I glanced up and saw the cashier looking for the price tag on my bag. I laughed and told him it was mine for bagging the items. He commented that he didn’t think it was one of the store’s items.

I was probably the only person that cashier rung up that day, or maybe even that week,  who brought her own bag, but I hope one day that changes. I hope using reusable bags becomes the norm. Every piece of plastic — cups, bottles, utensils, straws– that isn’t used is good for our environment and our oceans. Don’t think you can’t make a difference because you are one person. There are many others doing the same thing and together we can make a big change.

Plastic is having such a disastrous effect on our oceans that the European Union is proposing a ban on plastics.

Of course, we won’t get anything like that here in the U.S because our leaders don’t believe in climate change, but they do believe in giving corporations free reign to dump their filthy wastes into our streams and pollute our land and air.

I was never the smartest student in any of my classes in all of my levels of education. I’m okay with that. We all do our best. But because it is so easy for me, not the sharpest tool in the shed, to grasp the dangers of climate change and the disastrous effects the heating of our greenhouse gasses is having on this planet–our only planet–I have to believe most of the global warming deniers understand this also, but choose to ignore the evidence because they are in some way profiting off exploiting our land.

Greed, especially corporate greed, is slowly destroying our planet and our lives. 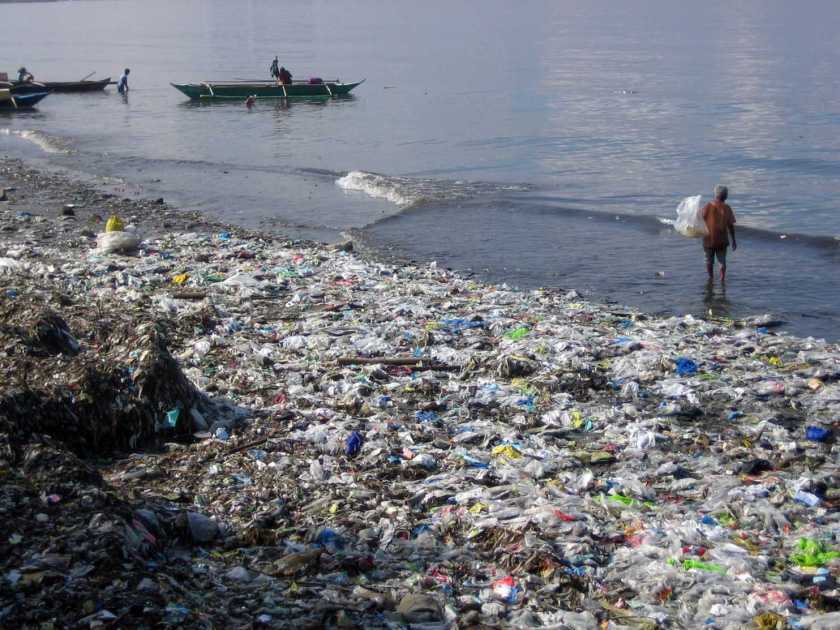 I do not own these pictures.