Cold, dark, January nights are hard to cope with on any occasion, but they’re practically unbearable when you’re already down. It was late. I’d already done my reading for the night, and I didn’t have another page in me to write. I was tired, but not tired enough to fall asleep fast on my pillow, and I knew my mind would wander too much into thoughts I’d rather not have, so going to bed wasn’t an option.

I was fiddling around in my room and came across some old journals I used to keep. It had been years since I looked through them. They begin in 1995. I was nineteen years old. I still keep a journal. It’s therapeutic, but I discovered that night, as I read about the days of my life from twenty-seven years ago, journaling is also a time-travel machine.

I was suddenly transported to the home I grew up in and in the bedroom I dreamed of being a rockstar, and, much later, a writer. Most of the entries from my college years, and into my twenties, mention a lot about the writing courses I was taking and the stories I was writing at the time.

Which was a bit surreal since I am currently working on one of those stories right now. It was my first completed novel. I was twenty-three years old, three years after coming out and writing about the love between two women that was still so new to me.

The novel itself wasn’t very good, but I kept it and decided it was worth a revision. I have since turned two short stories I wrote in college, that also wasn’t very good, into two published novels. The first, A Penny on the Tracks, and the newly contracted novel, Annabel and the Boy in the Window.

Little did I know then, as I wrote those stories, that they would be kept for over two decades and rewritten by the older, but not always wiser, and somewhat jaded forty-five (soon to be forty-six) year-old self.

I miss my younger self. I often wonder if the nineteen-year-old me would be happy with where her life ended up. In reading my old journals, I didn’t live up to everything my younger self had wanted, but of course, nothing then could have warned me about health issues that would get in the way of work, love, life.

So, I didn’t get everything checked off on my “life list,” but I am a published author, and as I spent my twenties at some dead-end jobs, that was all I dreamed of being. 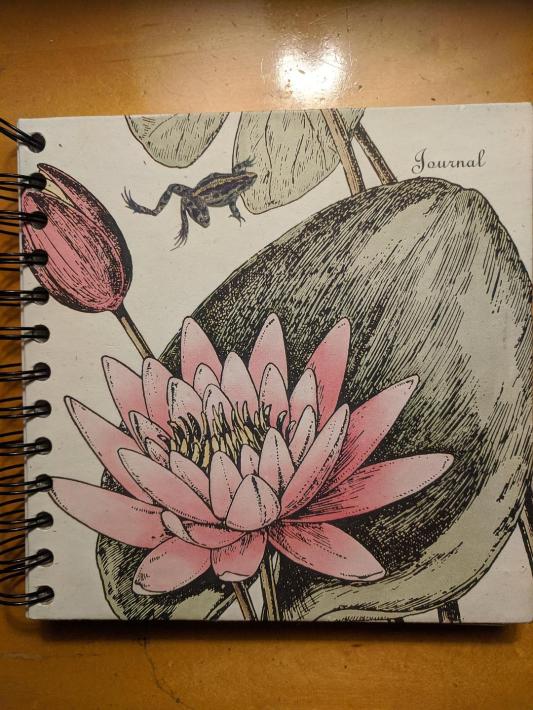